We are a local family business based in the village of Arachova on Mount Parnassos. We work every day to offer a quality life to our family and business partners. We have no certainties but a thirst for learning and exploration. We respect the wisdom of the olders and admire the creative power of the youngers. We carefully weigh every decision we make. We envision a simple and beautiful life in harmony with nature. In all our programs our guides share with travelers information about the local flora and fauna as well as about the local society, the traditions of the place. We collaborate with the biologists of the Agency of Mount Parnassos National Forest for the training of our staff as well as for the organization of educational programs for children and schools. Our activities follow the natural cycle of the seasons and adapt to them. We support the local community. Our guides are permanent residents of Boeotia, Fokida and Fthiotida. We offer leisure services that take place in the natural environment with respect for it. We follow the leave no trace rule. We do not leave garbage or any signs of our activity in nature.

Giorgos lives in Arachova and operates together with his wife Eleni the local branch of Trekking Hellas since 2015. Since he was young, he has been empirically walking on the mountain with his grandparents who were shepherds on Parnassos. Growing up, he wanted to expand his knowledge and became interested in mountaineering. A few years later he decided to turn his hobby into a profession and go into business organizing outdoor activities. In addition to hiking, he especially loves downhill skiing, rock climbing and snowshoeing! The mixture of nature + mountaineering + local traditions is what expresses him best!

Eleni is half French, half Greek, she started hiking and skiing when she was young with family and friends in different mountains of Greece and France. Since then she became passionate with nature and outdoor activities. After studying Design in Paris she worked for some year in Athens before living the big city for the mountain of her heart, Mount Parnassos. She lives in the village of Arachova in the south slopes of the mountain and she really enjoy waking up every morning with a view on the Delphic landscape. Walking with visitors on the footsteps of ancient pilgrims gives her the chance to meet people from all over the word and it is always a pleasure sharing cultures!

Hilda was born and raised in South Africa and Athens. For the last 20 years she has been living in Livadi Arachova to be close to the mountain and the snow he loves so much. Hilda has dedicated her life to the outdoors! She teaches snowboard during the winter season. In the summer season she guides hikes and mountain bike rides. 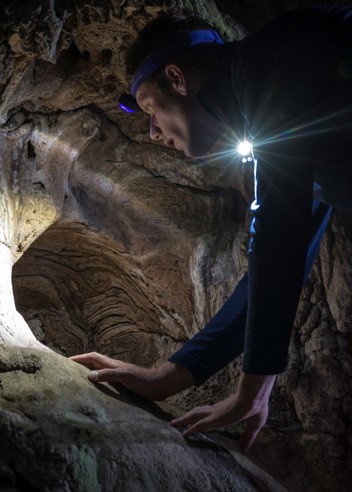 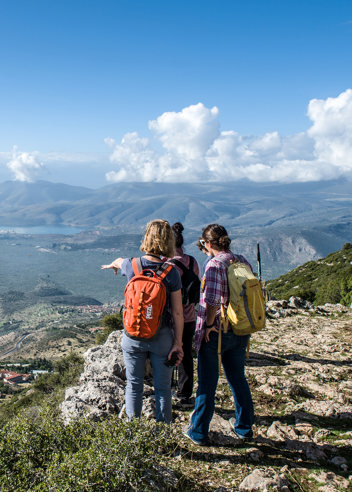 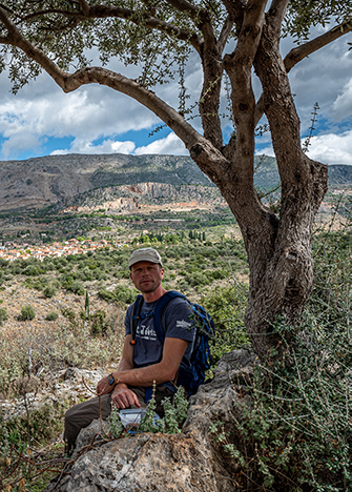 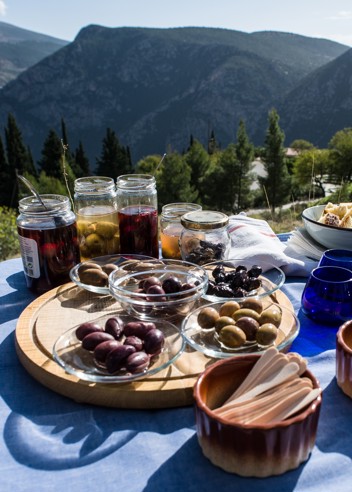 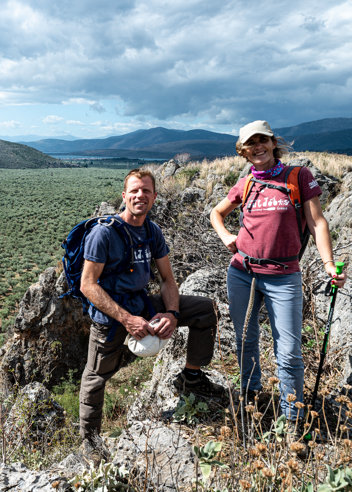 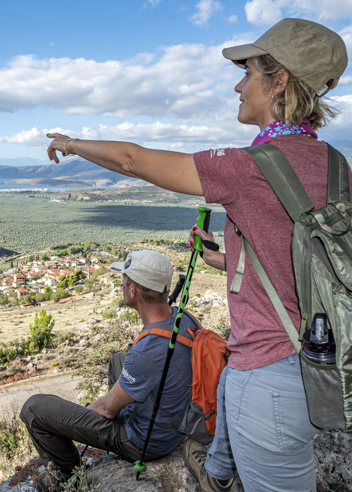 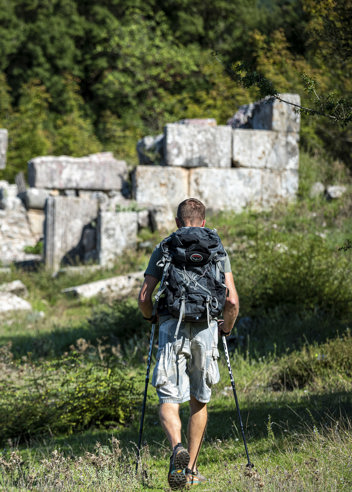 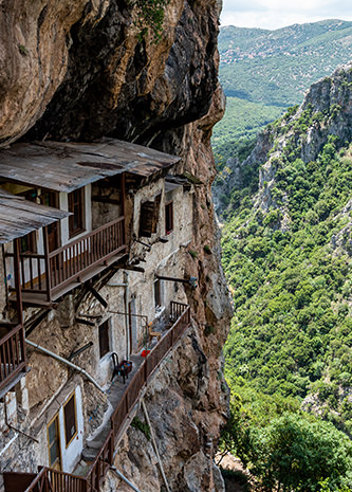